The primary goal of the authors in this volume was to identify the basic symbolic divisions in Serbian society and discursive strategies used to construct, maintain, legitimize or contest these divisions. They looked at how various kinds of symbolic divisions are instantiated – distinctions on the basis of wealth, morality, political orientation, gender and sexuality, ethnicity, religion, manners and taste, education, urbanity, or degree of “Orientalism”. Their primary interest lay in how these cleavages were constructed, represented and legitimized.

The conference “Us and Them – Symbolic Divisions in Western Balkan Societies” was held on July 7 and 8, 2012. The organizers were the Centre for Empirical Cultural Studies of South-East Europe and the Institute for Philosophy and Social Theory of the University of Belgrade. Nineteen papers were presented at the Conference, and a selection of these presentations make up the core of this volume. In addition, in late 2012, a call for papers was issued which also brought a number of interesting papers not previously presented at the Conference, which were also included in this book.

Editors’ Introduction
EXCLUDING THE OTHER IN THE BALKANS: FROM THE OTTOMAN TURK TO LGBTIQ

Aleksandar Pavlović
Naming/Taming the Enemy: Balkan Oral Tradition and the Formation of “the Turk” as the Political Enemy

Irena Šentevska
“Anything but Turban-folk”: the ‘Oriental Controversy’ and Identity Makeovers in the Balkans

Ana Ranitović
Why do they call it Raška when they mean Sandžak? A Case Study of Regionalism in South-West Serbia

Ana Aceska
“Us” and “Them” in Post-War Mostar, Bosnia-Herzegovina

Gábor Basch
Settlers, Natives, and Refugees: Classificatory Systems and the Construction of Autochthony in Vojvodina

THE VAGARIES OF ETHNICITY, RELIGION AND LANGUAGE

Tamara Pavasović-Trošt
The Complexity of Ethnic Stereotypes: A Study of Ethnic Distance among Serbian Youth

Vladan Pavlović and Miloš Jovanović
“Language Nationalism” vs. “Language Cosmopolitanism”: Divisions in the Attitudes towards the Relation between Language and National Identity

Ana Omaljev
Constructing the Other/s: Discourses on Europe and Identity in the ‘First’ and the ‘Other’ Serbia 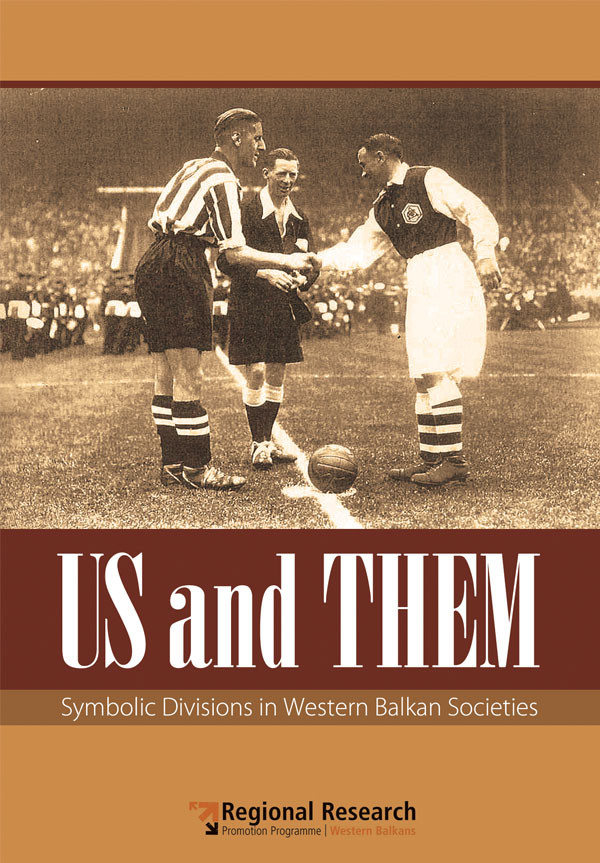 Us and Them - Symbolic Divisions in Western Balkan Societies